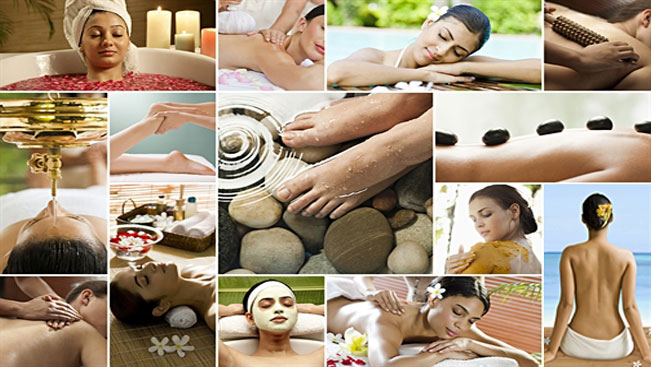 Wellness Tourism has been an essential requirement of all those people who want to take a break from their busy lives and work schedule and relax at a place where they can feel more close to nature and improve their health and well being.

Wellness tourism can also be sought by patients who are recuperating after a medical surgery and want a speedy and long lasting recovery as well as complete detoxification of the body. A lot of international patients come every year for a speedy recuperation by therapies of ayurveda in India.

What is Wellness Tourism

Wellness Tourism is not limited to these therapies only, its a sense of belongingness to an environment that is austere, free from stress, encourages positivity in attitude, focuses on balanced nutrition, restores balance and homeostasis of the body, and holistically heals the body .Wellness tourism is largely sought after by tourists coming from metropolitan cities for one or more of the following purposes :-

Wellness tourism can give a tourist ample opportunities for introspection and at the same time rejuvenate the body, mind and soul by the detoxification provided by various healthcare therapies some of which are the following :-

Ayurveda or ayurvedic medicine is a system of traditional medicine native to the Indian subcontinent and a form of alternative medicine. Ayurveda stands for "Science of life or age" and is the oldest form of complete medical system in the world and dates back to 5000 B.C. It's roots lie in the ancient Indian Civilization and the Hindu Philosophy, and has been an important influence on the development of almost all other Easten Medical systems.

Vata (air & space - wind) -  The force of wind, and is responsible for controlling the nervous system of the body.-

Pitta (fire & water - bile) - The force of heat and energy that is linked with the Sun, and is responsible for digestive and other biochemical processes inside th body.

Kapha (water & earth - phlegm) - The force of water and tides that is linked with the moon, and responsible for fluid metabolism in the body.

All these dosas when normal assures a healthy mind and body.

Unani-tibb or Unani Medicine also spelled Yunani Medicine is a form of traditional medicine widely practiced by Muslims. Unani medicine is based on the concept of the four humours: Phlegm (Balgham), Blood (Dam), Yellow bile (afra) and Black bile (Sauda). "Tibb" is a persian word that stands for "medicine" and Unani has been derived from "Ionian" which stands for Greek, because of the Greek influence in this sytem of medicine. The form of medicine dates back to the 7th century, and the Muslims who came to India around the 11th centruy brought the system of medicine along with them.

Yoga is a commonly known generic term for the physical, mental, and spiritual practices or disciplines which originated in ancient India with a view to attain a state of permanent peace.Specifically, yoga is one of the six astika schools of Hindu philosophy. Yoga focusses on holding physical postures that streches the muscles and limbs. It focuses on breathing exercises to treat some of the commom disorders of the nasal tract and to treat hypertension and diabetes. Yoga can be practised purely for relaxation of the body and mind and can develop flexibility and strength at the same time. A lot of international tourists come for experiencing yoga retreats in India every year.

Siddha Medicine is one of the oldest medical systems known to mankind. Contemporary Tamizh literature holds that the system of Siddha medicine originated in Southern India, in the state of Tamil Nadu, as part of the trio Indian medicines - ayurveda, siddha and unani.

It is assumed that when the normal equilibrium of the three humors (Vaadham, Pittham and Kabam ) is disturbed, disease is caused. The factors, which assumed to affect this equilibrium are environment, climatic conditions, diet, physical activities, and stress. Under normal conditions, the ratio between these three humors i.e.:(Vaadham, Pittham,Kabam) are 4:2:1, respectively.

The practice of traveling to hot or cold springs in hopes of effecting a cure of some ailment dates back to pre-historic times.

Naturopathy, or naturopathic medicine, is a form of alternative medicine based on a belief in vitalism, which posits that a special energy called vital energy or vital force guides bodily processes such as metabolism, reproduction, growth, and adaptation. Naturopathy favors a holistic approach with non-invasive treatment and, similar to conventional medicine, encourages minimal use of surgery and drugs. Naturopath encourages us to take responsibility of our own health by encouraging sensible diet and lifestyle management. A balanced and sensible diet consisting of natural foods(foods that have not been processed in any manner and purely natural) is the basis of a sound health. Naturopathy works on the principle that the diet should provide the necessary nutrients on whcih the body relies for good health.

Aromatherapy is a form of alternative medicine that uses volatile plant materials, known as essential oils, and other aromatic compounds for the purpose of altering a person's mind, mood, cognitive function or health. Some of these useful oils are :-

Camomile for Calming, Eucalyptus and Sandalwood as an Antiseptic, Geranium as a mild astringent, Jasmine as anti depressant, Nedoli as a mild sedative, Rosemary as a mild stimulant and  Lavendar as a mild analgesic

Acupressure is an alternative medicine technique similar in principle to Acupuncture. It is based on the concept of life energy which flows through "meridians" in the body. In treatment, physical pressure is applied to trigger points with the aim of clearing blockages in these meridians. Pressure may be applied by hand, by elbow, or with various devices

Acupuncture is a collection of procedures involving penetration of the skin with needles to stimulate certain points on the body. In its classical form it is a characteristic component of traditional Chinese medicine (TCM), a form of alternative medicine, and one of the oldest healing practices in the world. According to the Chinese Medicine, there are around 350 acupoints on the meridians of the body. Corresponding accupoints can be stimulated by inserting fine accupuncture needles to improve the flow of Chi or Qi (meaning breath, life force or energy flow) in the meridians and thus restoring healthy functioning to the internal organs of the body.

Massage is the manipulation of superficial and deeper layers of muscle and connective tissue using various techniques, to enhance function, aid in the healing process, decrease muscle reflex activity, inhibit motor-neuron excitability, promote relaxation and well-being, and as a recreational activity. Massage Therapy is one of the oldest forms of remedial therapy. Originated in China or Mesopotamia. it was practiced widely in ancient Greece and was also advocated by the ancient Greek physician "Hippocrates" when he wrote "the way to health is a scented bath and an oiled massage everyday". The comforting form of massage consists of soothing strokes and rubbing and now widely used in both the conventional and non- conventional form of medicine.

Meditation is a practice in which an individual trains the mind or induces a mode of consciousness, either to realize some benefit or as an end in itself. The term meditation refers to a broad variety of practices (much like the term sports) that includes techniques designed to promote relaxation, build internal energy or life force (qi, ki, prana, etc.) and develop compassion,love, patience, generosity and forgiveness. Meditation allows one to understand themselves better and be mentally concious of one's character.

Meditation can help in a lot of disorders common in a busy lifestyle like stress, hypertension, anxiety, depression and drug addiction.

Some of the advantages provided by the above healthcare therapies are :-

Alternate medicine or holistic medicine thus encourage us to use fruits, vitamins, herbs and detox for the purification and healing of the body.

World-class treatments in accredited hospitals at a fraction of the costs back home. Get a free of cost medical opinion on your medical condition and reports today !!

Request a Quote today by filling the form here

Scan and email your medical reports at  support@rejuveindiameditour.com  OR

Connect on SKYPE at  rejuveindiameditour